This is Lance Corporal Levi Webb of the Royal Dragoon Guards. One his first tour of Afghanistan he single handedly pinned down a group of Taliban fighters that had just blown up the lead vehicle in his patrol group and seriously injured the soldiers inside. His actions allowed the wounded soldiers to be evacuated to safety. He was presented with an award for gallantry on returning to this regiment in South Yorkshire. 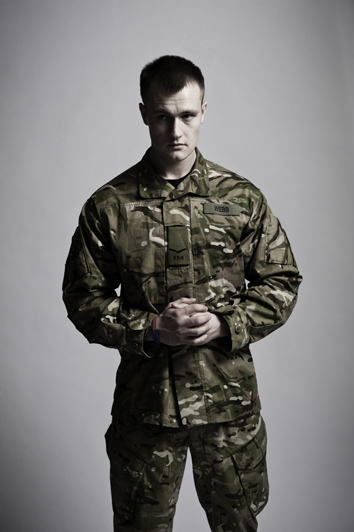 Posted by Colin Williams Photography at 19:06